For quite a long time I wanted to do something like SSS for some neat effects, and I had this shader ready for some time too. However, it’s needless to say that I feel weird covering this subject in a tutorial. Mostly because, as with a bunch of my approaches, this one is fairly straightforward and not too physically correct. I’ve shown other effects that are also not physically correct, but this one feels weirder cause it’s a very real effect in nature, so going at it with such a simple approach feels like trying to simulate gravity by moving objects downwards with a constant speed of 9 m/s.

Nevertheless, while one can argue that all objects incorporate some form of SSS, this one effect can be useful in more specific use cases and for certain specific effects. I personally enjoy using it by having lights inside some objects, like lamps or paper lanterns.

I won’t go through the surface shader details I explain there. So if you have any questions about how all the lighting stuff works, I’d highly suggest going through that post first. If it doesn’t cover your questions, don’t hesitate to reach out!

Let’s take a look at the code then:

In line 21 I also include a cginc file called “UnityPBSLighting.cginc”. It’s necessary to use some lighting functions later on.

In lines 25-31 I redeclare the “_MainTex”, and “_Normal” properties while also defining the “Input” struct. For each of the two aforementioned samplers I add the corresponding UV coordinates, so that the tiling and offset from the material inspector works separately for the albedo and the normal texture respectively. I could add another one for the thickness map, but since the thickness map will probably be pretty specific to the object and similar to the albedo texture, I’m using the UV coordinates of the _MainTex to sample it later.

In lines 45-53 I redeclare the rest of the properties and afterwards I move on to defining the lighting model, which I’ll explain in a bit.

No, I’ll never stop with the surfing puns.

The “surf” function is at most indifferent. It’s almost identical to the default one, with some minor additions:

Since we use the color of the lights affecting our object, in the arguments of “LightingSSS” I include a field called “UnityGI gi” along with “SurfaceOutputSSS s” and “half3 viewDir”. To access the global illumination struct, we need to declare a custom GI function called “LightingSSS_GI”, even if it does nothing besides its default function. As you have probably guessed, this is what lines 72-75 are for. For now, don’t worry about its arguments and what those structs contain.

Moving into the lighting model function, in line 56 I get the light color to use it with the SSS. I could just use the “_SSSColor” property, but that way the SSS color would only depend on the material and not on the lights, and we wouldn’t be able to have multiple light colors per object.

In line 57 I get the light’s direction/position. If the light is a directional light, this stores the direction, otherwise it stores the position of the light. The result of “gi.light.dir” is then offset along the normals of the object, based on the “_Distortion” property.

The amount of SSS is calculated in line 58. Let’s break it down a bit:

After the amount of SSS is calculated, in line 59 I calculate the overall color that I’ll add to the standard lighting. The result comes from multiplying the SSS amount with the “_SSSColor” property and the color of the light.

Lines 61-68 are pretty straightforward. Since we want to calculate the lighting the object would have with the standard lighting model, we need to call the “LightingStandard” function, which takes a “SurfaceOutputStandard” struct as an argument. Therefore, I create an object of that struct in line 61 and copy all the values in it from my “SurfaceOutputSSS” struct.

Finally, in line 69 I call “LightingStandard” to get all the sweet PBR lighting goodness, and add my SSS color to it before returning it.

That’s it for this one! It might not be the most accurate or flexible SSS implementation out there, but I hope if gives you a good idea about things you can do with custom lighting models.

Also, try making some lamps or paper lanterns with it and I hope you’ll like it as much as I did.

See you in the next one!

The code in the shader tutorials is under the CC0 license, so you can freely use it in your commercial or non-commercial projects without the need for any attribution/credits.

These posts will never go behind a paywall. But if you really really super enjoyed this post, consider buying me a coffee, or becoming my patron to get exciting benefits! 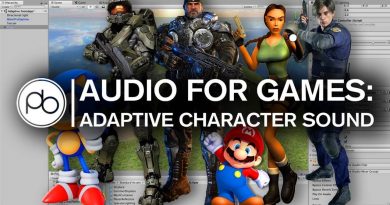 AI will change every job and increase demand for creative skills