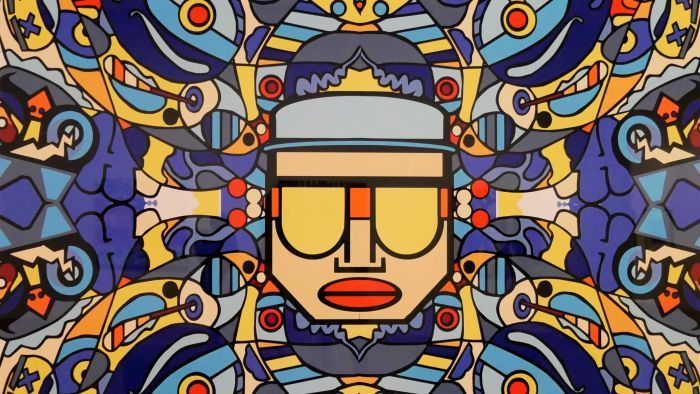 Related Story:
Art and its therapeutic connection to addiction and grief
Related Story:
Graphic artist’s Indigenous tales to be projected onto gallery walls

Indigenous visual art is usually associated with dot paintings but a growing number of First Nations artists are breaking away from tradition and finding a modern means of storytelling in the process.

His bold prints also come complete with an augmented reality experience through a mobile device.

While his style was vastly different from traditional Indigenous art, Muir said his creations were simply a modern take on Aboriginal storytelling.

“How I interpret the world is totally up to me and the result is obviously a contemporary version of storytelling.”

Muir grew up in Ballarat and battled a drug addiction in his teens.

After an overdose and a stint in rehab, he found art helped him deal with his anxiety and depression.

“Catching the train to Melbourne frequently I’d see a lot of street art and I was really inspired by what I’d seen on the side of the train tracks.

Photo:
Muir’s artwork ‘Death’ is part of his ‘What’s On Your Mind’ exhibition until March 2020. (ABC Central Victoria: Natalie Kerr)

“Family’s always been a big factor in my culture,” he said.

“[I] grew up in a strong family, had a strong sense of culture at a young age and obviously as I grew into my adolescence, I faced challenges in my identity.

“It wasn’t until a bit later on in life I started to embrace my identity a bit more and I wasn’t as confused about how I fitted into the larger scheme of things.”

At 28, Muir is a multi-award winning artist whose work has featured at Melbourne’s White Night festival, on one of Melbourne’s art trams and even on Richmond’s Dreamtime footy jumper.

“I feel like the idea of contemporary Aboriginal art is something that I set the tone for and pave the way for and I’m very proud of my efforts.

“Hopefully some people can take inspiration from it.”

‘It is still traditional’

Photo:
Rennie’s ‘Always was always will be’ geometric artwork stood out on this inner-Sydney building. (Supplied: Reko Rennie)

Shonae Hobson, the First Nations curator at the Bendigo Art Gallery where Muir’s exhibition is on display, said Muir was one of a number of Indigenous artists who were experimenting with more modern styles.

“Josh’s practice is quite unique because he does all of his stuff online on the computer.

“He does these really beautiful graphic rendered digital prints,” she said.

“A lot of our artists are pushing the boundaries of what really is considered Indigenous art.

“Whether that’s working in different materials, you have artists like Reko Rennie and Brook Andrew who use a lot of bold, neon installations to really challenge Western discourses around what Indigenous art is.”

However Ms Hobson said at the core, was the same storytelling tradition.

“It’s still traditional — the stories and the narratives are still there.

“It doesn’t matter what medium they’re working in it’s always going to be inherently traditional and it’s about living cultures today.”

For Jingili and Mudburra artist Nish Cash, what began as graffiti has grown into something much more profound.

“What I did start off doing wasn’t, I would say, a legit art form but now it’s manifested into something that’s quite culturally significant.”

Cash uses spray-painting to tell the stories of her culture, identity and to empower women.

She said it was not surprising to see the Indigenous art scene moving in this direction.

“For what we do, what I’ve been doing, the streets are the way of telling that story.

“In all art movements there’s progression,” she said.

“We have a lot of young people coming up with political messages within their art form.”

Cash said visual art, like sculpture and print clothing, was just one of the many mediums for storytelling.

“There are so many other styles and variations of art forms … this is just one of many.

“I think the hip-hop scene and rapping in itself and dance, this is our new generation’s way of telling the story.” 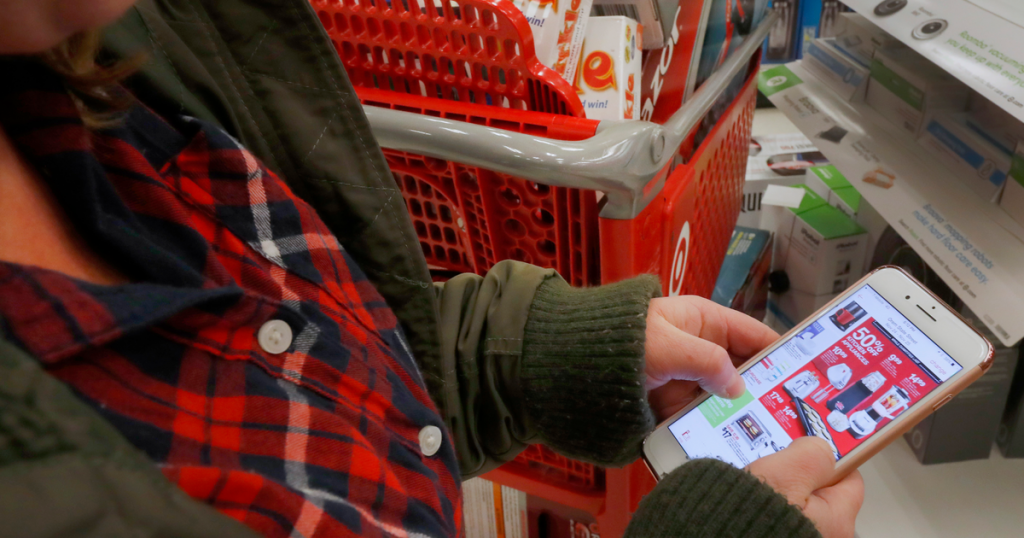 The future of shopping is on smartphones. This Black Friday proved it.

A friendly introduction to linear algebra for Machine Learning