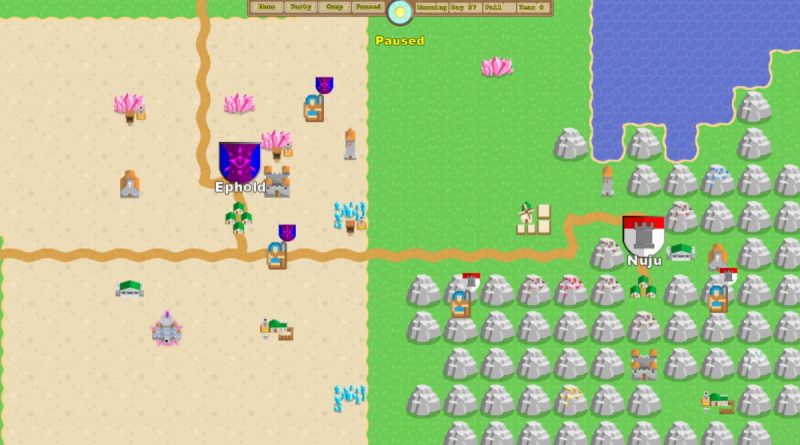 Uncategorized
9 December, 2019 danielparente 0 Comments
Contents hide
1 How to achieve a work/life balance
2 A potentially costly endeavor
3 Finding support and motivation through community
4 Failure is part of the process
4.1 Related posts:


There’s a lot of discussion about the immense pressure game developers face to create content on time and under budget. While there are many horror stories about crunch leading to mental and physical strife, there’s another side of game development we don’t often hear about: hobbyist developers.

Hobbyist devs have a unique perspective on game development with pressures and freedoms that are different to professionals. They publish many games, but do they have it better or worse? Hobbyist developers are a core part of the GameMaker Studio 2 community I serve, so to learn more about this, I decided to ask a handful of them about their views to learn what their work/life balance is like, and what advice they have for others with a side-line in game making

How to achieve a work/life balance

Most developers we spoke to said they work about 10-20 hours a week making games, as they all have full-time jobs and some have parental duties on top of that. Indie developer Meseta (Reidemeister Station, KittyCare, Cookie Companion MMO), proposed that gradually increasing the amount of time you spend on game development can do wonders in setting a new norm for one’s productivity. “Your motivation and energy is something you train and exercise just like you would a muscle,” he said. “If you feel you can’t put more than three hours of work time in a day on your project, don’t worry, you can improve this through practice and pushing yourself. Take the time to introspect and figure out your work ethic, and how you motivate yourself.”

“I used to fail spectacularly to achieve a work/life balance” Meseta added. “I remember years ago struggling to be productive for more than a few hours a day. But that’s gradually increased, and today I can usually get in three to four hours of personal projects alongside my 9 a.m.-6 p.m. day job.”

The games industry is somewhat notorious for its long hours, crunch time, and burnout. Yet hobbyist gamers feel precious little of that, because if they’re getting burnt out and want to take a break, they simple … take a break. Without deadlines and relying on producing content for money, there’s no reason not to kick back when feeling overwhelmed.

“I don’t feel burnout,” said game developer Thomas Haaks (They Come!). “Some evenings I am exhausted from my day job and then I know that it’s better to spend time with my wife or just play a game instead of coding it. It doesn’t help to overwork — that will always hit you back later. Small steps and taking care of yourself is the only way that works for me.” 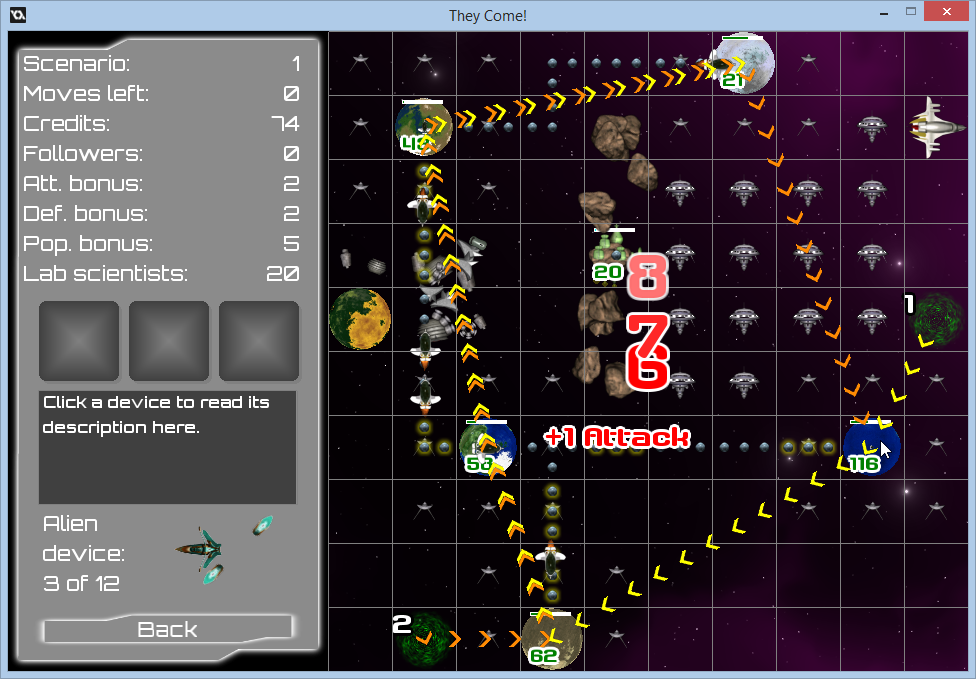 “Don’t force it,” Haaks added. “If there is currently no gamedev mojo inside of you — take a break, even for some weeks. For example, my game They Come! was feature-complete after one year. Adding eye candy (like rotating 3D planets, particle effects, nice laser beams and graphics) and creating a trailer, website screenshots, an in-game tutorial, and online high scores and Achievements took another year!”

Just because burnout isn’t as common with hobbyist gamers doesn’t mean it doesn’t happen. After all, one downside to solo game development is that you have to learn several skills and they’re not all going to be exciting. That can be tough to push through.

“I do feel temporary fatigue when working on areas of the game that are uninteresting or spending a long period of time working on the same thing,” said indie developer Entropy (who’s currently making a “a dungeon crawler with robots set at the heat death of the universe”). “As an example, doing UI work is the bane of my existence, but I remind myself that it is absolutely vital work and needs to get done in order to finish the project. So what are my strategies for getting back on track? I like to divide tasks up into smaller ones which are easily achievable, and build up to completing the task. Tedious is better than being both difficult and tedious after all!”

“Routines and habits are the strongest way to ensure you work well, but they also serve as reminders to do other activities,” Entropy added. “A good routine should have a start and stop time, and you always have to take care of yourself, first and foremost. It is tempting to burn the midnight oil and work feverishly on a new project, but in my experience, this can do more harm than good in the long run. I find that your body can be more in tune with your needs than your brain sometimes, and it’s important to step back and really listen to the messages it is trying to tell you.”

While avoiding burnout is a huge advantage for hobbyist game developers, there are other challenges they face. Many of these come down to the fact that most work alone, and creating a game involves multiple disciplines. So learning all of them — or hiring someone else to tackle them — is a costly affair in both time and money. 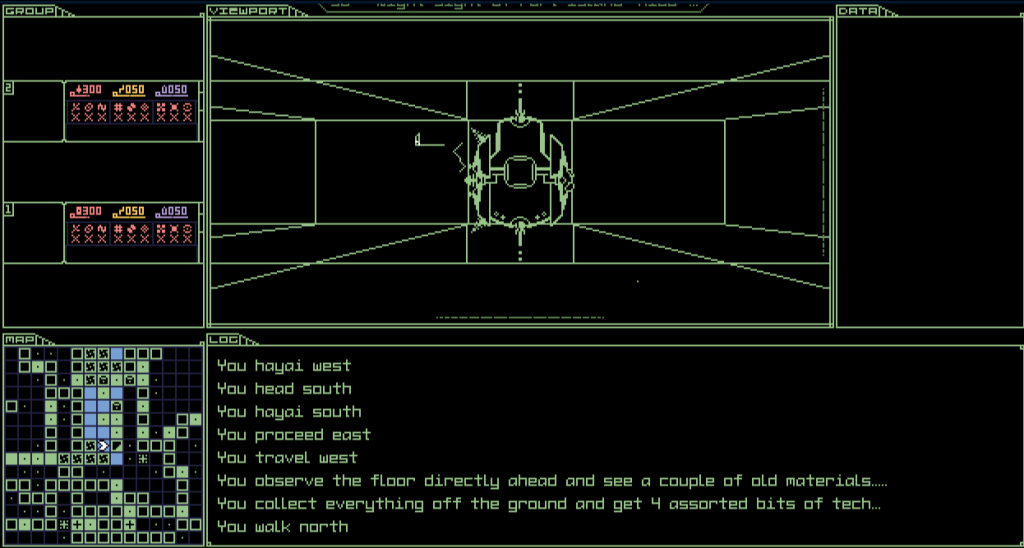 Above: Entropy’s upcoming untitled game, set at the heat death of the universe

“When you work as a hobbyist, you can really feel the lack of manpower and also potentially a lack of skills,” Entropy said. “Both issues are extremely tricky to work around, as hiring people to fill the gaps can be very expensive, and it also takes a significant amount of time and resources to find someone who has a compatible skillset and the commitment to finishing a project.”

“However, if you choose to learn those skills yourself, this also takes up your valuable time, and potentially eats into more important issues that you face. While game developers are an extremely talented bunch, I notice time and time again that it’s often marketing and legal knowledge that are lacking.”

Finding support and motivation through community

Thankfully, much of this burden can be alleviated by asking for help. The game dev community is by and large a friendly one. “Making games isn’t easy.  So when you get stuck (and you will get stuck) having a community that can help you out is critical,” said indie developer Toque. “Be patient and polite and you will be amazed how much people are willing to help you.”

Entropy also suggested discussing your difficulties with others. “Talking to your friends and family is another great option – they can provide advice on how to tackle a problem, and usually talking to them fires me up to finish the task at hand!”

Game developer Kezarus (Overkill, Endless RPG) had a similarly positive experience turning to the game dev community to support. “Talk to the community!” he said. “They are really nice people and it helps a lot to stave off feelings of loneliness. The community never lets you be on your own.”

But arguably the biggest challenge hobbyist developers face is staying motivated. “The most likely reason you will not finish your game is your motivation,” said Meseta. “It’s not the programming language or the game framework; it’s not the complexity of the programming; it’s not your understanding or lack thereof of game dev concepts; it’s not the math or physics; it’s your motivation. Most games will not get finished because the dev loses interest or burns out.”

In order to stay motivated and not overwhelmed, Meseta recommended devs not bite off more than they can chew and keep their scope within reason. “Learn what overscoping is, and avoid doing it, do everything you can to avoid doing it,” he stated. “Game jams are a good way to practice.”

Haaks offered similar advice about keeping the scale of the project modest enough to see through to the end. “Have patience and take small steps,” Haaks said. “Even simple and small games might take months to finish. I’m pretty old and have learned the hard way that some things can’t be forced. So it’s better to slow down.”

It’s important to remember your end goal, as that can pull you through the more laborious bits. “Have a vision for your game, first and foremost,” Entropy said. “You will completely change how you think and frame things when you have a concrete goal in mind. This is a critical factor in making a game feel unique and cohesive, and also feeds into your day-to-day plans, as you will begin to understand how your work fits into the big picture, keeping you motivated. It also can ground you and keeps you in check by asking yourself if your current task is directly relevant to achieving your goals, or if it is merely a distraction.”

Indie developer Matthew Sidrane also advised being very particular about what you decide to see through to completion. “Work on projects that are a passion for you, or a labor of love,” Sidrane said. “If something isn’t fun from the start, and you can’t find a path to that, don’t waste your time on it. This isn’t a job!” 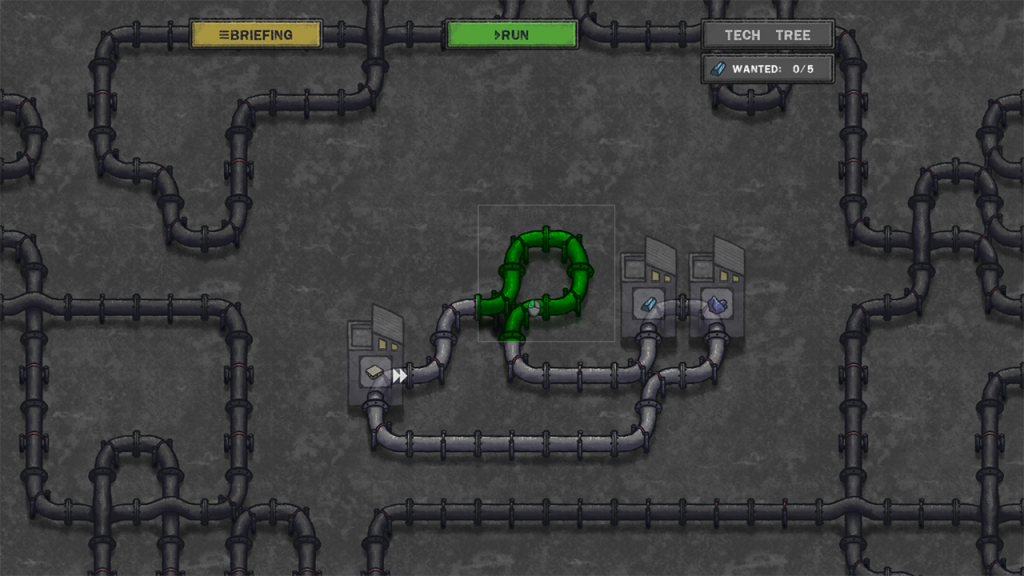 Failure is part of the process

One nice thing about being a hobbyist developer is that there’s less to lose when something doesn’t pan out. Entropy even postulated that failure is a good thing, as that’s how we learn. “All too often I see individuals wringing their hands about the ‘best’ way to do something, and end up not doing anything! My advice here: don’t think too much and just jump in and have a go!”

“You learn so much more by actually doing rather than reading, and this will help you reach an informed decision far more quickly than if you were to go and research what everyone has to say on the matter,” he said. “Of course, reading and watching videos absolutely has its place, but I think people need to place more value on trying, failing, and then revising what they have produced.”

We’re so used to hearing horror stories of stressed developers slowly killing themselves to release something on time and under budget that it’s refreshing to remember that game development doesn’t have to be an exasperating job, but could also be a creatively fulfilling pastime. Most devs we spoke to came to a common consensus that the best things you can do are: to not take on more than you can handle, don’t be afraid to ask for help, keep at it little-by-little, and understand that it’s more fruitful to step away when your health or other responsibilities take priority.

Game development can be both an artform and a hobby, allowing anyone to express themselves creatively and tinker around with their inner inventor. Go into it with an eagerness to learn and a willingness to fail and you’ll find game development not only not stressful, but downright relaxing.

Ross Manthorp is the Community Manager at YoYo Games. Working with GameMaker means he is very involved with indie game development and constantly gets to see new and exciting games coming from amazing developers.

Looking at life as a solo game developer

What is Apache Kafka and how to use it?